How we're seizing an opportunity to reach more young men

Can you imagine what the world might look like in twenty years if today’s young men took ownership of their faith, choosing to stop being casual fans of Jesus and instead really follow Him in every aspect of their lives?

I imagine a generation of men who are spiritual self-feeders, and who view time spent with God as a privilege. I imagine a divorce-free, porn-free generation of men who are making disciples in their home and who go to work at secular jobs on mission for the Kingdom. The ripple effect would be enormous: a church so healthy that government spending would decrease because community needs are being met in abundance - widows being embraced, homes provided for the homeless, a world with no more orphans, and the list goes on.

That’s my big dream. I know you know what it feels like to dream big too. It feels equally scary and exciting. You wonder if you’ll ever see it happen. You wonder if you’ve got what it takes to do your part. And you sometimes wonder (ashamedly) if God will really show up to provide.

I’m in my tenth year on staff with HigherTrek, and I’ve had a front-row seat to watch more transformation in the hearts of young men than anyone deserves to see in a lifetime. But over the last twenty-four months, God continues to direct me toward all the young men who aren’t getting the same life-changing opportunity HigherTrek offers. After all, roughly 1.5 million guys turn 18 every year. Today, unfortunately, HigherTrek can’t reach more than about 50 of them annually.

So, you can imagine my excitement to share with you that, this year, God is leading this ministry from a season of duplication into a season of replication. We are continuing to offer discipleship to more young men by hosting our programs as many times as possible in a given summer. But we’re also focusing on reproducing the HigherTrek model for use by like-minded churches and organizations that share our desire to help young men overcome personal struggles and own their faith.

This doesn’t mean we’re teaching others to run their own twelve-day HigherTrek programs the way we do. That day may come. But for now, we’re simply creating a video series to make our curriculum accessible to nearly anyone.

These examples are just a start. While we have seen first hand the fruit of HigherTrek’s twelve-day overnight experience, it doesn’t have to be conducted “our way” to be effective. After all, we’ve been promised that when two or more are gathered in His name the Lord will be there as well (Matthew 18:20), and that God’s Word does not come back void (Isaiah 15:11). Small gatherings of young men can take their own HigherTrek journey together for twelve days in a remote location (similar to our summer programs), or their group can meet each week in person over the course of an entire semester. Some groups may even choose to meet every other day over Zoom. Regardless of the method they choose, groups of young men (that we would otherwise never be able to help) can follow the same process we’ve used to help young men own their faith and learn what it means to follow Jesus for a lifetime.

We know that content alone is not what makes the HigherTrek framework effective. Even more important is the culture of transparency and honesty that we create at our summer programs. Deep relationships help spur impactful content into action. To help other groups create similar culture, we’ll also be releasing culture facilitation training videos and training guides to help group leaders foster the healthiest environments possible, so more young men can be transformed.

Thanks in part to a God-provided grant we received, the first phase of this replication is already underway. We’re currently in the process of filming a fourteen-episode HigherTrek curriculum video series with some of the wisest and most impactful pastors in the country. By the end of May, we’re planning to have filmed episodes in Arizona, Arkansas, California, Colorado, Indiana, Iowa, Kentucky, Missouri, New Jersey, New York, and Texas.

But before I get too carried away, I want to let you in on something that has been on my mind throughout the prayerful process of expanding HigherTrek through this video series: how Jesus addressed Kingdom growth. In Mark 4 he likens it to a farmer scattering seeds on the ground. I’m comforted by what the scriptures say next. In verse 27, Jesus says the seed sprouts and grows, though the farmer does not know how.

I feel like the farmer. I don’t know how God will do this, but I know our role at HigherTrek is simply to scatter more seeds. In today’s video centric culture, that looks like replicating our ministry framework through a digital model. Like it or not, videos are modern-day literature for our audience of young men. Most of them desperately need help understanding why they need a long-term relationship with God, and what it looks like to develop one in their life. 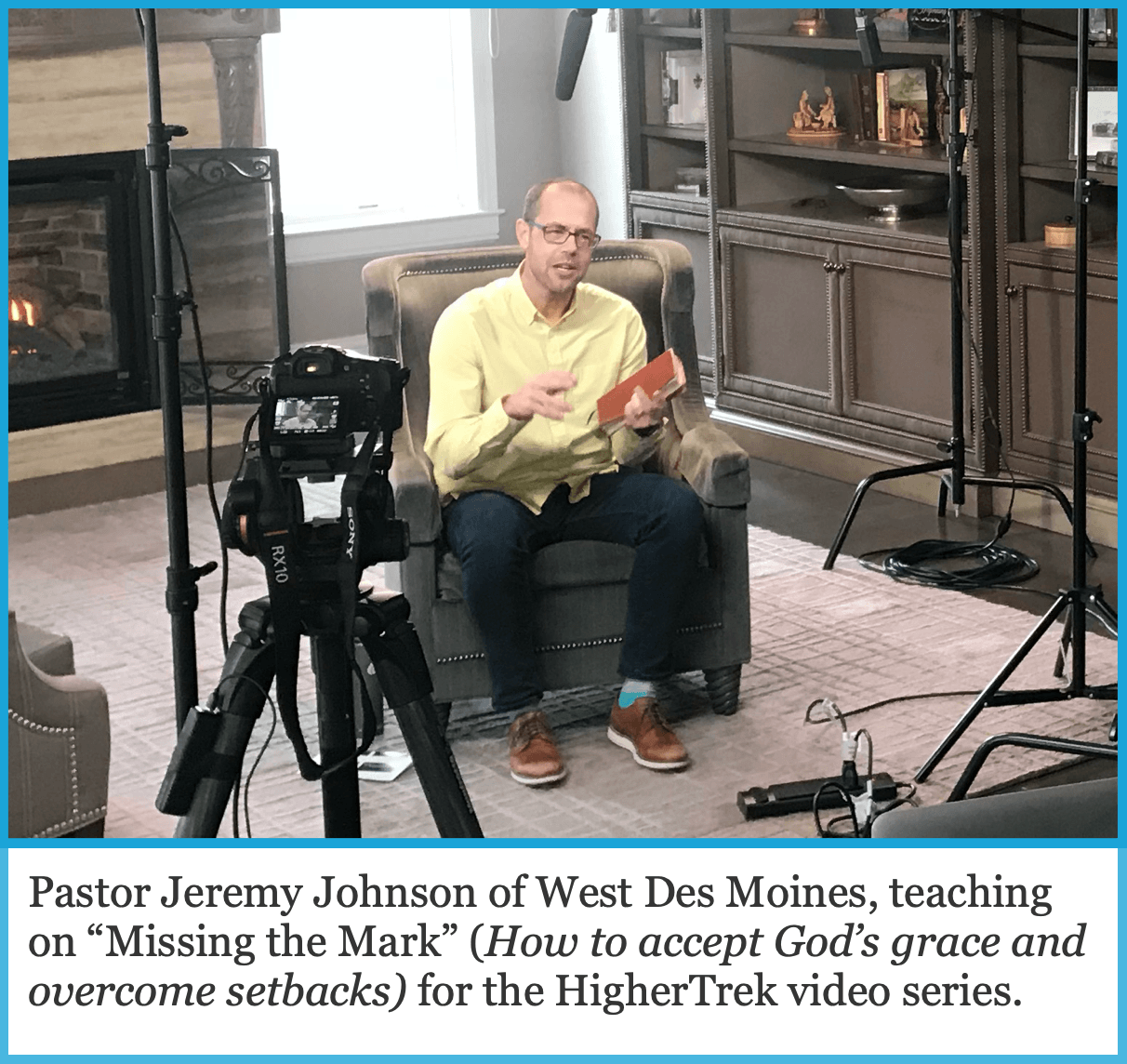 I’d be remiss not to mention 1 Corinthians 3:6. You’re familiar with the verse. Paul planted, Apollos watered, but who made things grow? God. Just as God has been responsible for the impact HigherTrek has had on the lives of young men over the last seventeen years, He’s equally responsible for the future success of the HigherTrek video series. As a staff, we will continue to faithfully scatter seeds. We trust God with the rest. That’s why, even though we recognize there are many obstacles still in front of us before this vision becomes a reality, we’re confident we’re on the right track of expansion. We know there are no obstacles too big for God.

You might be wondering what this means for the future of our current programs. That’s simple. No change. We will continue to host programs all summer at Table Rock Lake in Branson, Missouri. We’re as excited about that as ever before. Programs are filling up, but there’s still a few open spaces if you know a young man who wants to grow spiritually. Just drop me an email or give me a call if you do. 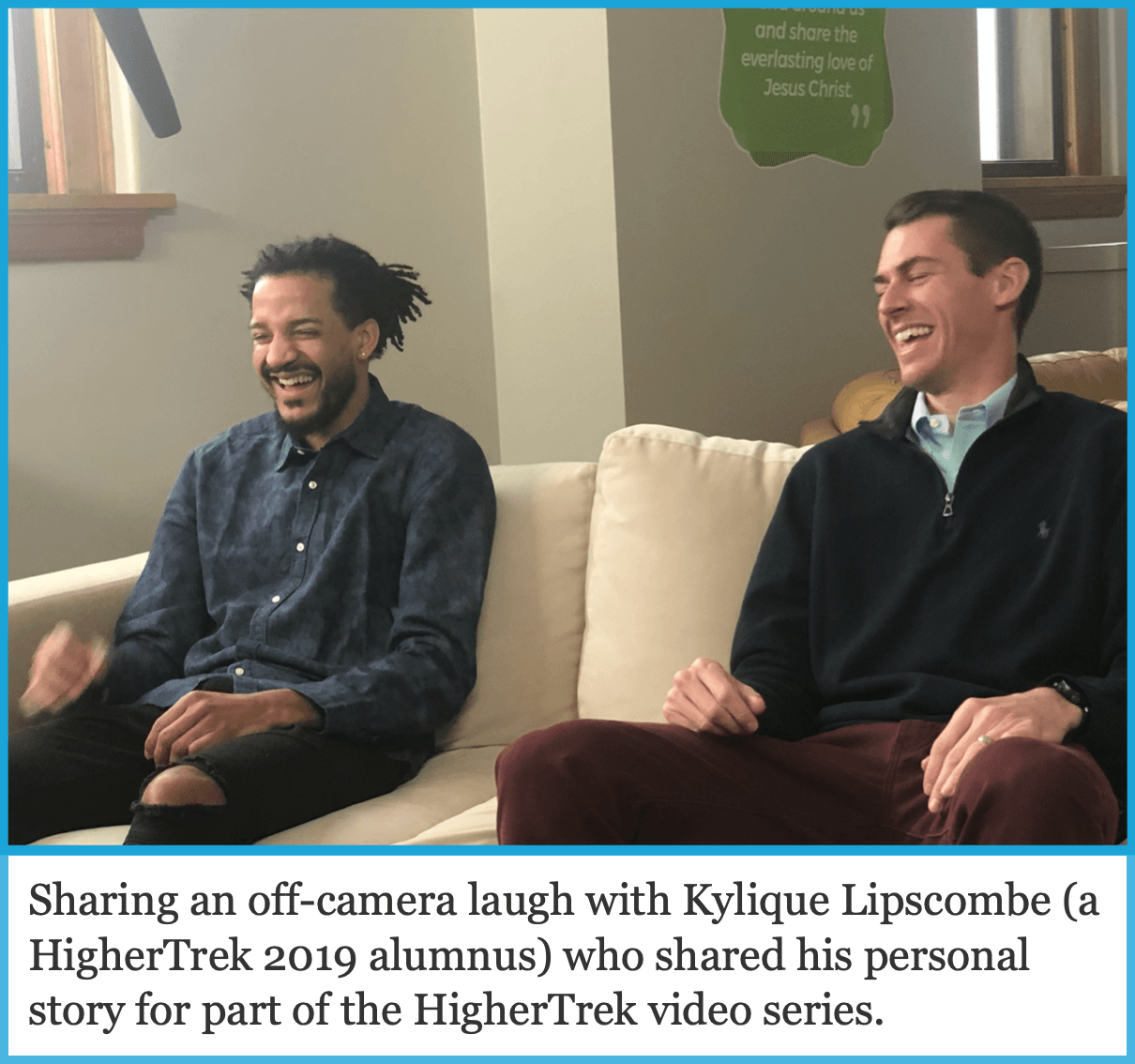 The decision to replicate HigherTrek for others was made after much prayer, but now it almost seems like a no-brainer. For years we’ve seen the impact God has had in the hearts of young men through HigherTrek. Why continue reaching only fifty or so men every summer, when instead we can help the same fifty men and eventually an additional fifty thousand? Every year. Can you imagine what the world might look like in twenty years if today’s young men took ownership of their faith, chose to stop being casual fans of Jesus, and decided to really follow Him in every aspect of their lives? What about in 30 years when it’s passed on to their children? Or 60 years when it continues on with their grandchildren?  . . .There’s only one way to find out.